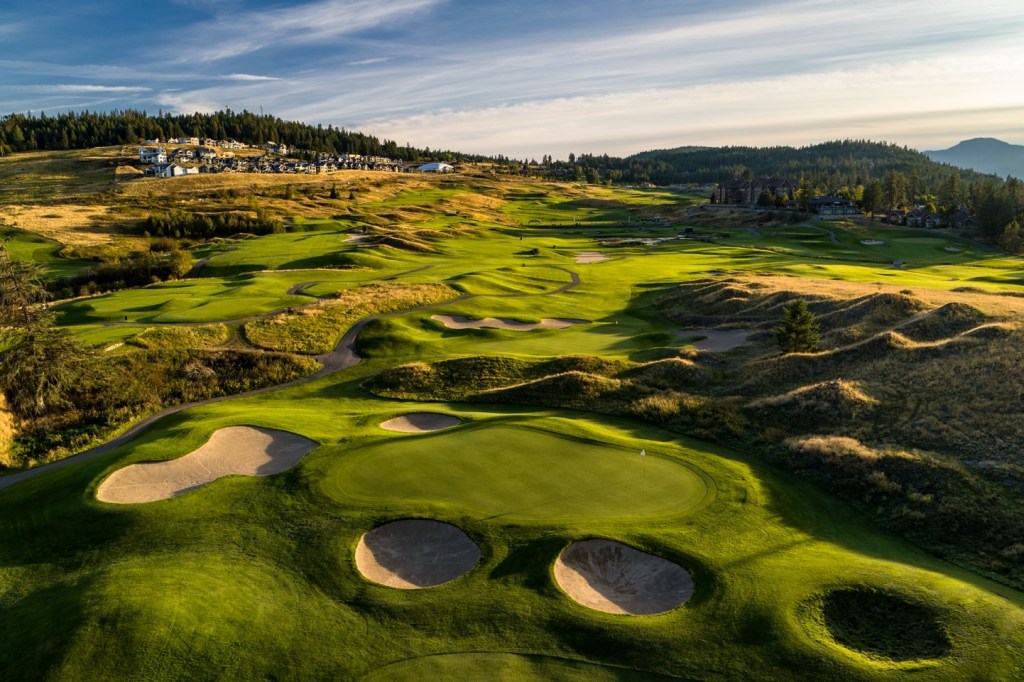 The land between Kelowna and proper Vernon is quite hilly and rocky, yet the Predator course manages to find a small parcel of land that seems suitable for golf. In fact, Predator Ridge’s Predator course sticks out amongst the other British Columbian golf courses because of its distinct identity. Gone are the towering evergreens and cart-only golf, traded in for wispy golden brown natural grasses and a (mostly) walkable golf course (it gets difficult at times, but do-able). We will not call it faux-links, but there is something idyllic about standing on 10 green and taking in the surroundings of the natural grasses and the surrounding holes.

Among the collection of Les Furber’s best golf holes, the short par 3, 13th, without a bunker, has some wicked contour that makes for some devilish pins, and the par 3, 17th tucked into the hillside is inspiring. Doug Carrick’s work in recent years has softened some of the extreme features found on the opening four holes to make for a better experience.