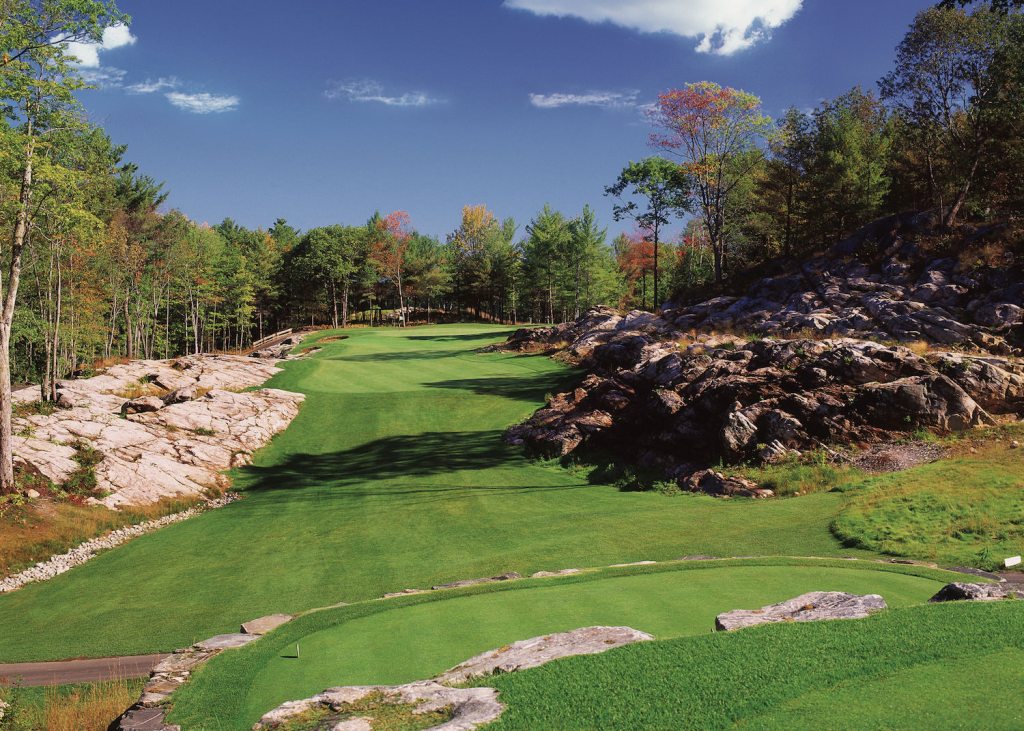 Florida based architect Ron Garl only has a couple of Canadian golf courses, but his Muskoka excursion through the swampy, rocky land remains his best effort.

In fact, the swamp and rock do most of the talking here, which is a nice change of pace from some of the other standout Muskoka golf courses. Garl’s restraint in not only the routing, which remains walkable, and hazard selection puts an emphasis on fun.

Take the sandy par 3’s at the 3rd and 12th, both playing entirely over a waste bunker is rarely found in a region such as the Muskoka’s.

Fear not, traditional Muskoka rock lovers, as the 18th employs a massive rock outcropping akin to a Leven template that’s sure to satisfy your craving.