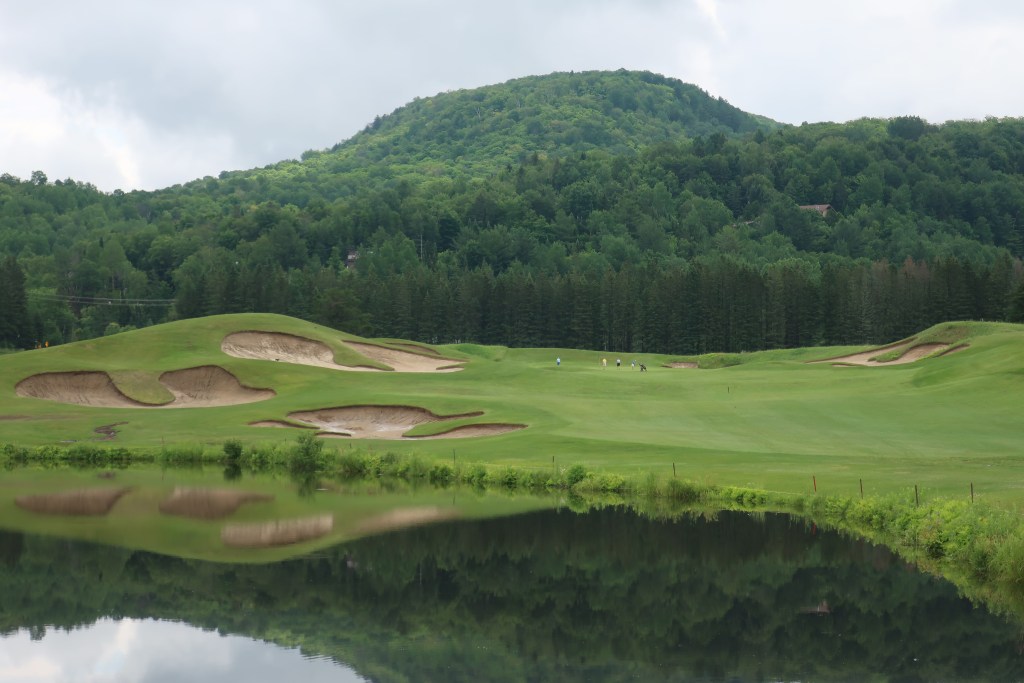 A popular getaway for ClubLink members from Ottawa and Montreal, Le Maitre’s setting is undoubtedly among is most spectacular in eastern Canada. The golf course itself, a 2001 Graham Cooke and Gene Bates collaboration (with Fred Couples’ name and signature attached to sell real estate), has its own identity in the landscape, with large mounds, holding ponds, and an odd mix of waste areas and flashy, fingered bunkers.

The course is best where Cooke and Bates applied restraint and let the land dictate the golf, such as on the mid-length par 4, 3rd, the leftwards sweeping 11th around a sharp hillside to a green draped naturally over the land, and the par 3, 17th with a deceiving roll short of the green that partially obscures the tee shot.