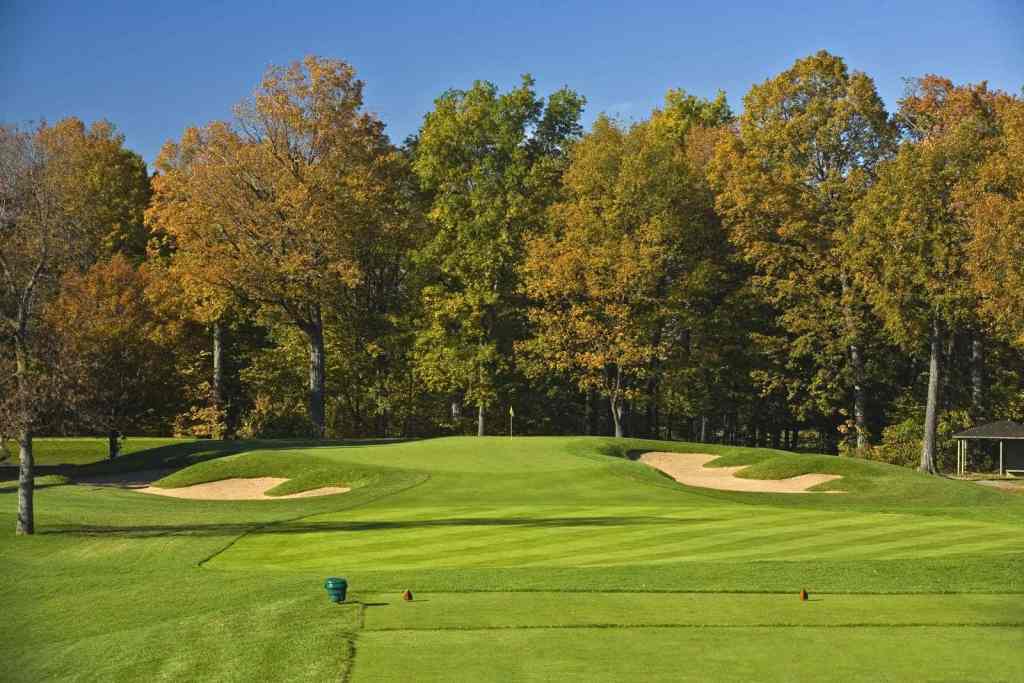 Located north of Montreal, on Ile Bizard, Royal Montreal, originally founded in 1873, is the eldest club in North America, and it has hosted a litany of major events throughout its history, including the Canadian Open and the Presidents Cup in 2007. The club has curated a fantastic array of historic exhibits in their stately clubhouse, and a lengthy peruse of them should not be eschewed by any lover of golf history.

The current iteration of the Blue course, a Dick Wilson design that Rees Jones completely overhauled in preparation for the Presidents Cup, is among the foremost “championship tests” in the country, with all of the characteristics one would expect from the work of the “Open Doctor”: narrow fairways that place a premium on driving accuracy; long, brutal par 4s with landing areas flanked by cavernous bunkers; par 3s that require deft long-iron play; and enormous, elevated, multi-tiered greens. The back nine is the stronger of the two sides, with the final five holes, all of which feature a prominent water feature of some kind, providing much drama and an opportunity for both birdies and bogies.