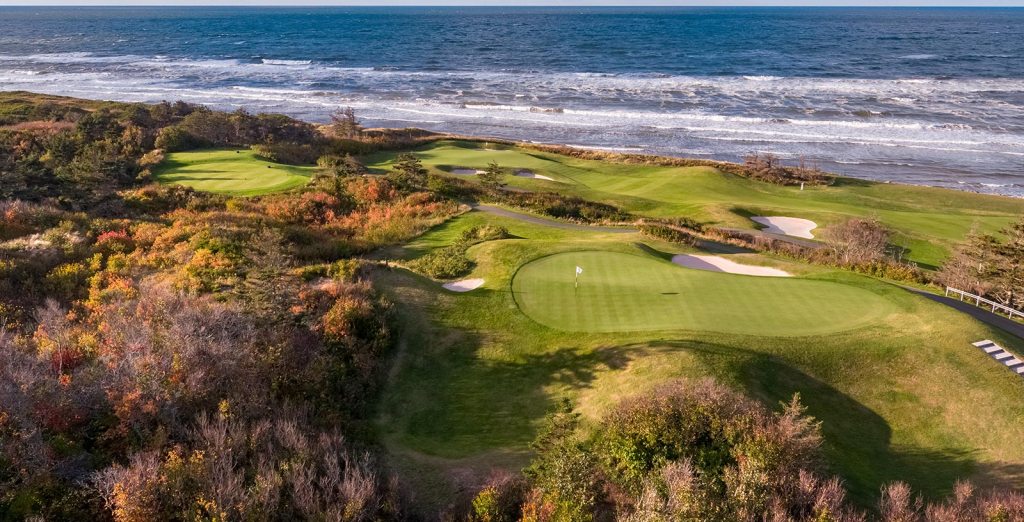 Few architects get the opportunity to truly work seaside, and that in itself is an advantage over its contemporaries, but Crowbush gets the privilege to fly the flag for Thomas McBroom.

Weirdly enough, Crowbush is a bit like The Ocean Course at Kiawah in that it plays by the sea, but the interactions with the ocean are fleeting. In fact, only the 8th and 16th play directly by the ocean, but the ocean is not in play or even directly a factor.

Instead, the golfer feels the effect of the ocean with the coastal winds, putting a heavy-toll on the golfer’s ball-striking. Forced carries become difficult around the swampy hazards like the 11th, while even the shorter holes liker the par 3, 17th, playing to the top of a knob fully exposed to the wind, become much more difficult.

Such limitations of an Oceanside property with limited coastline require an out-of-the-box approach, but McBroom was up to the task and Crowbush Cove remains one of Canada’s great places for a round of golf.