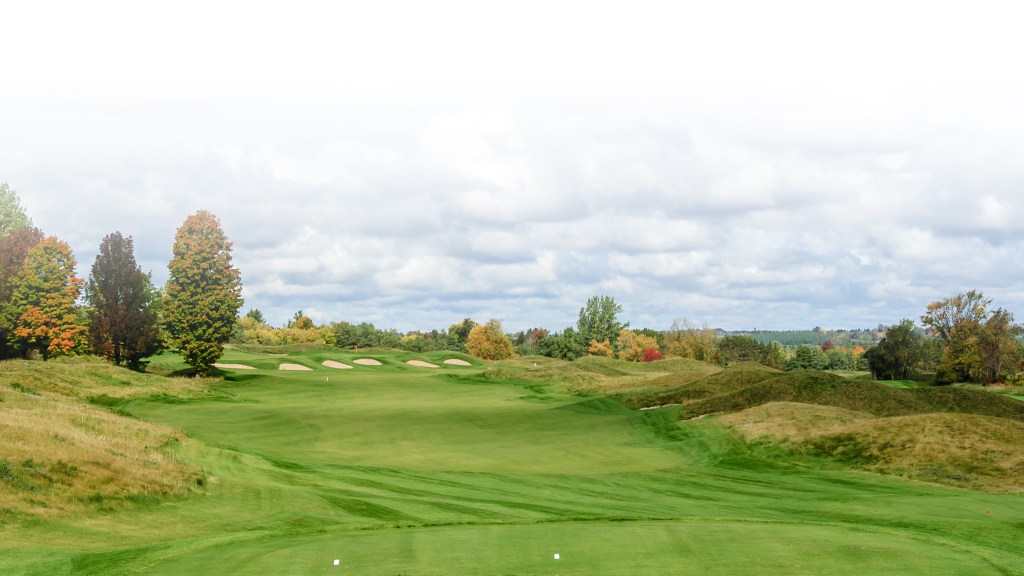 A longtime favourite of many, the Heathlands is oldest of the trio of Doug Carrick’s designs at this highly popular public facility about forty-five minutes north of Toronto, in Caledon. Big, brawny, and difficult, the set of par 4s here is particularly strong, with the strategic 2nd featuring a cleverly placed fairway bunker that must be contended with in order to gain a view of the green, the downhill 3rd with a perched green featuring a troublesome false front, the sweeping 15th with a green guarded by sprawling bunker short and to the left, and the low-lying 13th being most noteworthy.

What elevates the Heathlands to the upper echelon of Carrick’s catalogue, however, are the putting surfaces, which are among the most undulating, devilish, and interesting he has produced, the kind we wish he had not omitted to build on most of his later courses.

Common criticism has centred primarily on the out-of-place holding pond that guards the greens of both the par 5, 9th and the dramatic drop-shot 10th, and our contributors agree that it interrupts the flow and feel of the course, though the holes, themselves, are not weak. A minor criticism in the grand-scale of what’s good at this fan favourite.