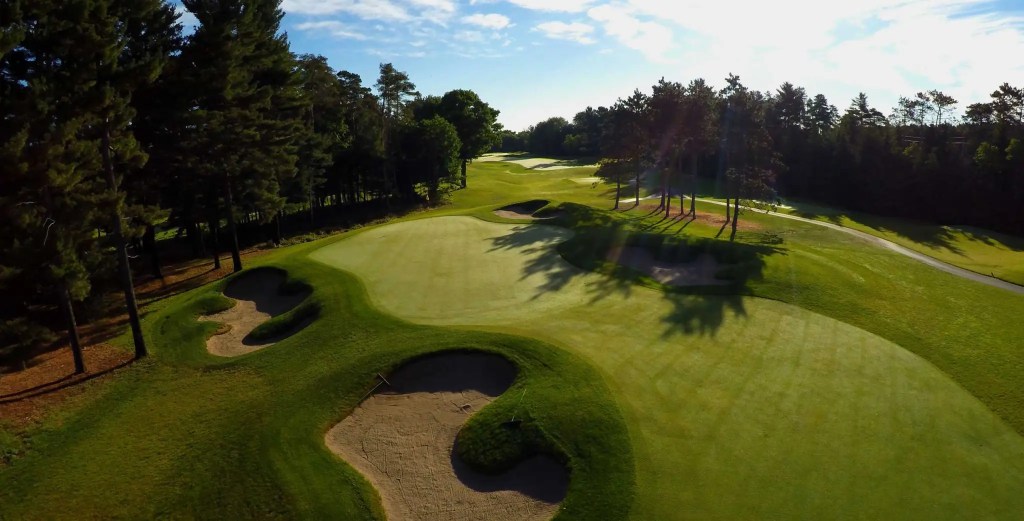 Routed over a wonderfully rolling, sand based property, Ottawa Hunt’s “Gold” Course (the South and West Nines) was recently overhauled by Michael Hurdzan’s firm, and the reception has been largely positive, especially on and around the greens, where his firm eliminated and softened many of the tiers and swales that Thomas McBroom introduced in his prior renovation of the course in the mid-1990s. Some might argue that the two new holes—the 13th and the 14th, which were built to accommodate the new range—are awkward and out of place; however, there is no denying that they have added drama and excitement, particularly the drop shot par 3, 13th to a glover-leaf green fronted by a water hazard.

Otherwise, Hurdzan’s effort highlighted and further emphasized the strengths of Willie Park’s original layout. The collections of par 4s is varied and thought provoking, especially on the front nine, where the land is best. The par 5, 6th, with a diagonal tee shot across a hazard to a thin strip of fairway, is another highlight.