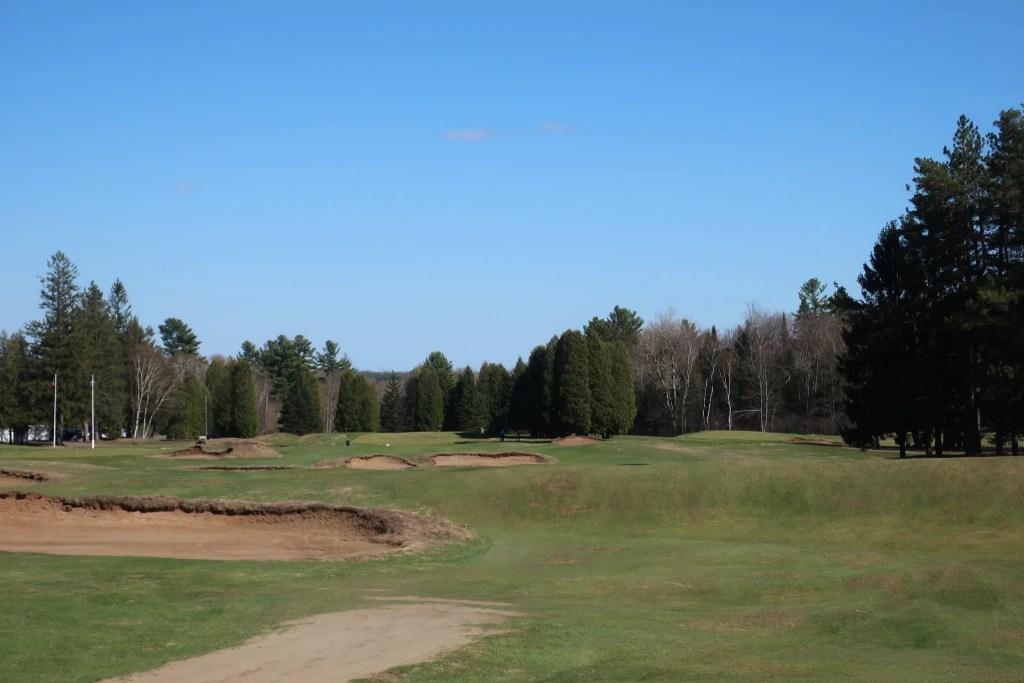 The duo of Hugh Alison and Walter Travis are not exactly likely to turn up in Shawinigan, Quebec, but given this placement on our list, Canada is lucky that they did. In fact, their collaboration here is one of the couple properties they both touched, including Milwaukee, Sea Island, and oh, Pine Valley.

Walter Travis was the first to lay hands on this originally Albert Murray golf course, and when Alison showed up five years later, he had to figure out a way to interweave Travis’ seemingly polar opposite style with his. What remains in a master class in compression and release: Travis’ fierce style opens the golf course with the first five bruisingly introducing the golfer to Grand-Mere before Alison offers a reprieve at the 6th. Travis is back from the 9th & 10th before Alison brings us home starting at the 11th.

Of the notable highlights, the 4th is among the best short four’s in the country, while the stretch from 13 through 17 seems to draw inspiration from Alison’s time at Pine Valley.