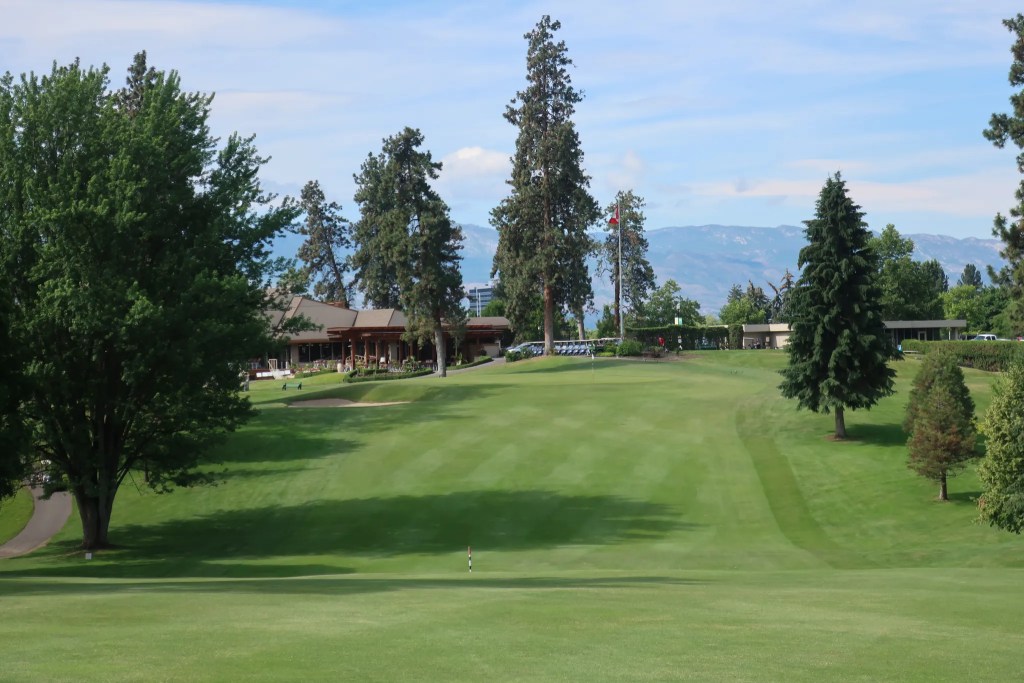 A melting pop of architects coming together is not always a winning combination, and realistically, Kelowna was a bit of a mess until Jeff Mingay’s work. Years later of trying to blend the Les Furber, Graham Cooke/Wayne Carleton, and the original A.V. Macan, and the results speak for themselves: Kelowna is a major player.

Part of the benefit of playing in the bottom of the valley is more subtle terrain in comparison, but there is more than enough interest in the land here to give way to interesting golf. Holes like the 5th and 8th narrow in landing areas that make it difficult to find the fairway, whereas the 16th or even 1st play to generous landing zones. Some greens are perched high above the surroundings, like the 7th and 15th, while others, such as the 11th and 13th, sit on grade. The variety in shots is the ethos of the golf course.

We would be doing Kelowna a disservice if we did not mention the epic 444 yard par 4, 10th, among the best long par 4’s in the province.