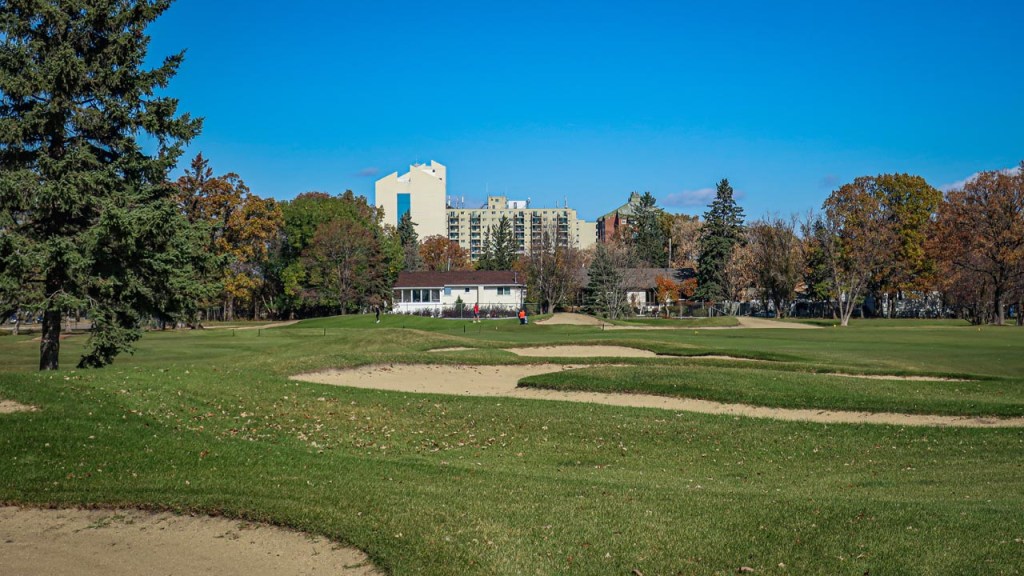 Such an extreme juxtaposition in the style of two nines is typically not a winning combo, yet Alister Mackenzie & Donald Ross’ architecture perfectly compliments each other at this Winnipeg club. The reality, of course, is a star-studded cast usually produces a quality result.

Mackenzie’s nine came a decade after Ross rolled through town on his way to Banff Springs, and to our group, the better of the two. Mackenzie’s ability to route a golf course takes centre stage, with a gathering point after the 4th/6th deciding a creative way to get nine holes in. Fans of Mackenzie’s work will particularly like the wildly contoured 2nd and the ridge running through the 8th, among other neat subtleties.

The Ross nine gets the benefit of playing in close proximity to the Assiniboine River, though it would rarely come into play. The green on the 2nd, 3rd, the entire 9th hole, and the contours on the 7th (minus the awkward tee shot) are enough to propel “St. Chuck” to Manitoba’s #1 ranking.