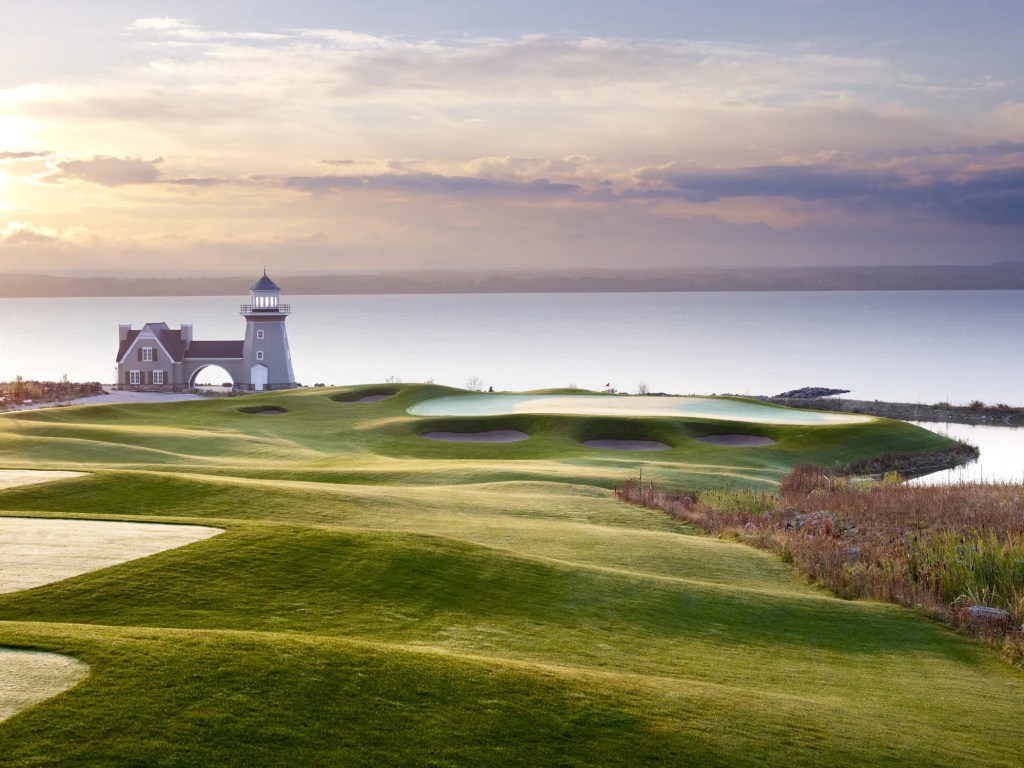 If a golf course has an “Eden” and a “Redan” template, one would likely think it’s a C.B. Macdonald or a Seth Raynor. And yet, Cobble Beach is a Doug Carrick design with both. The “Redan” par 3, 8th and “Eden” par 3, 17th are of course notable golf holes that stand out amongst the crowd, but many of the holes that play away from the Georgina Bay are charismatic as well.

The par 5, 7th, tumbling down towards the Bay cresting over the hill is a beautiful par 5 entrenched in its surroundings. Likewise to be said about the long par 4, 13th, also working its way back down towards the Bay crossing a ravine. As expected on a Carrick, the green complexes are good, if a rather subdued to match with the pseudo-links style of Cobble Beach.