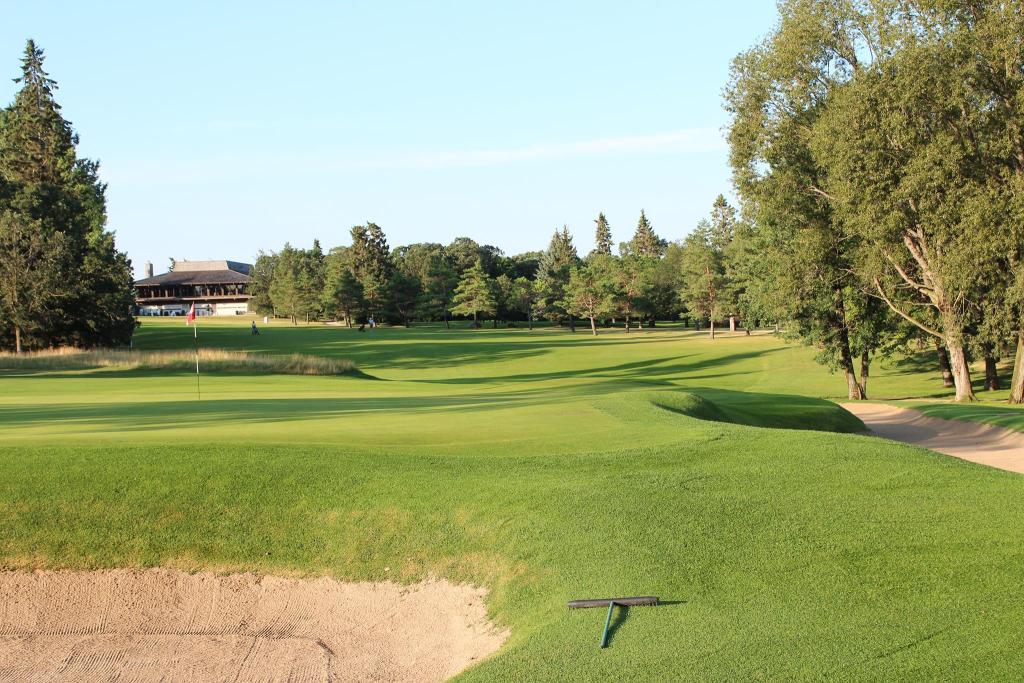 An old saying in the architecture community rings true yet again at Elmhurst: Donald Ross and sand are a dangerous combo. As is Donald Ross when he’s routing a golf course. In fact, on Google Maps, it can be difficult to figure out the routing, though while playing it makes sense.

The sharp bunker edges, courtesy of Ron Pritchard’s master plan and the talented trio of shapers in Riley Johns, Trev Dormer, and Dan Philcox, beautifully capture of the essence of a “hazard,” and more specifically, a Donald Ross hazard. Steep grass faced bunkers with flat sandy bottoms are intimidating from the 1st hole, and specifically pop on the par 5, 5th.

Other than the seductive bunkers and creative routing, unusual features, such as the small ditch to the left of the 14th green and the fall-away green on the 17th are unusual and rare, yet incredibly stimulating in practice here. Ditto for the gambling short par 4, 18th, which is an underutilized trope in the golf architecture world.