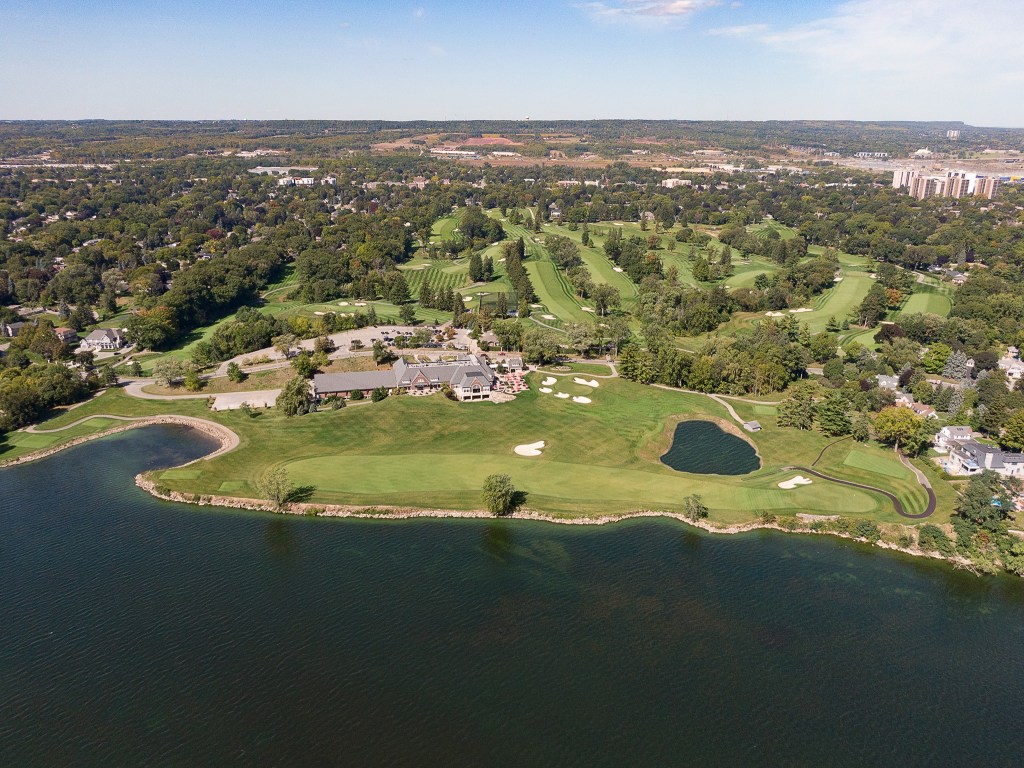 Those driving back from Niagara Falls might notice a bit of golf on Lake Ontario to the left, and that’s Burlington, which is one of only a handful of golf courses on the Lake, though only the par 4, 17th is on the lake and used as a backdrop of the short 16th.

Without the lake as a real factor, most of the interest at Burlington comes from the micro-movement in the ground, such as the ridge on the 3rd/4th/5th/11th/12th or the extreme fall offs around the 9th. The macro-undulations, such as the gully the 1st & 2nd straddles, or the valley the 13th plays down into and the 15th plays over, are most appealing.

In addition, Burlington is one of four golf courses on the list to end on a par 3.