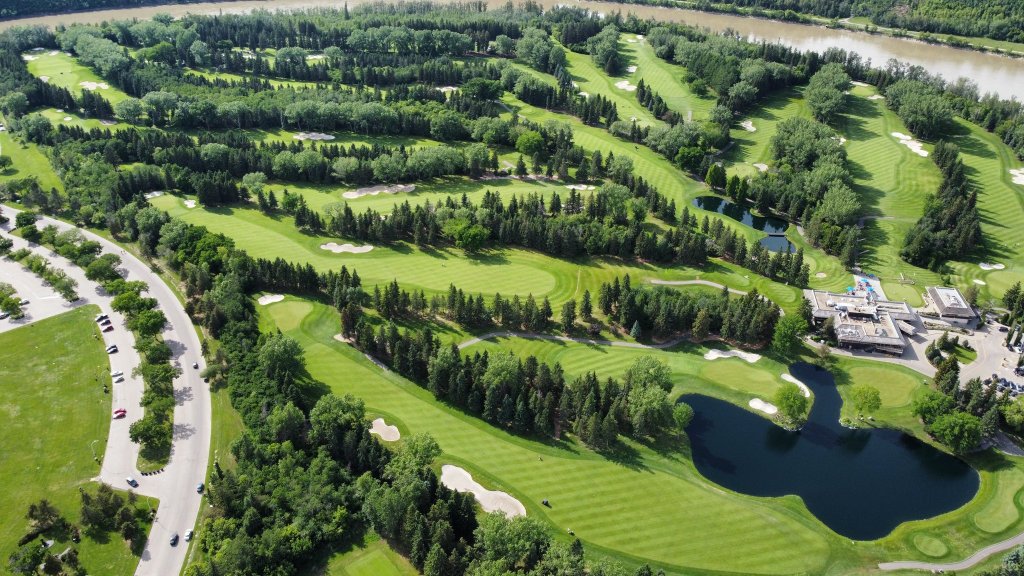 Out of any province not named Ontario, Alberta had the most influence from Stanley Thompson. Edmonton in particular benefitted from being the Capital city, and as a result, Royal Mayfair still stands tall amongst his big catalog of great golf courses. In fact, Thompson’s graceful mosey through the tall evergreens on the shores of the North Saskatchewan River remains one of the best member courses in the country, only slightly tainted by recent work from Ted Locke and Les Furber.

Perhaps the most interesting aspect of Mayfair is the variety presented on the two three-shot holes: the 3rd bends dramatically to the left backed up with a slew of bunkering the closer the golfer gets to the green; and the 14th, bending to the right narrowing to a cheeky to a cheeky green complex tucked into a cozy pocket of the property.