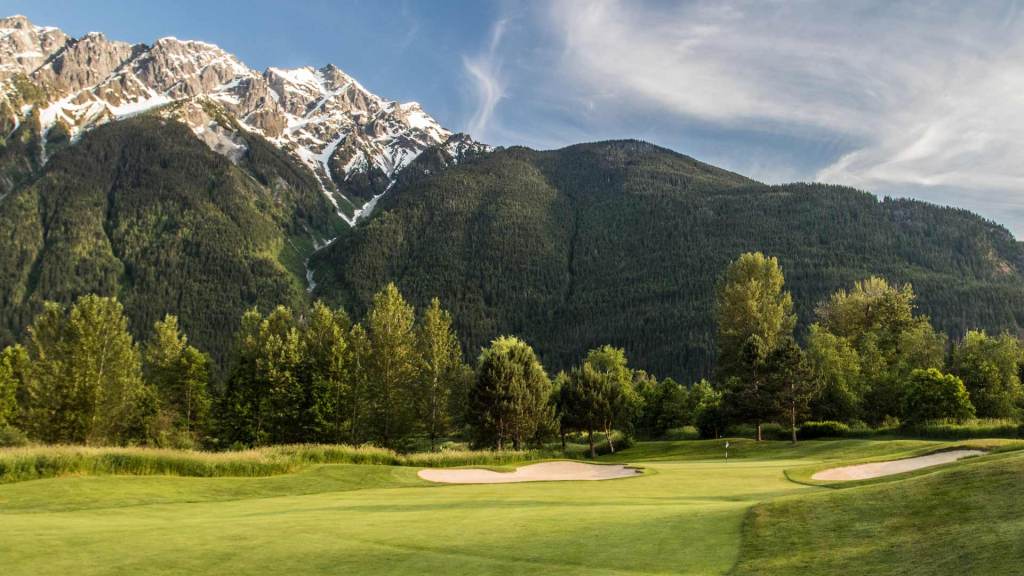 As opposed to other British Columbian courses, most commonly dancing up in the mountains on rather hilly terrain, Big Sky sits at the base of Mount Currie through the marshy flatland below. As a result, comparisons to the Low Country in South Carolina or Florida are apt, though sitting in the Rocky Mountains certainly provides a pretty spectacular setting.

Given how flat the property is, the talented duo of Bob Cupp and John Fought relied on green complexes to shine. For example, the 5th, a short par 3, is a devilish little one shot hole on the banks of the Green River with rolled edges surrounding the green. The 8th has a wonderful kicker slope over the bunker short, while the 16th repels balls off the left (with water right). Isn’t it impressive what two great architects can do with a flat site?