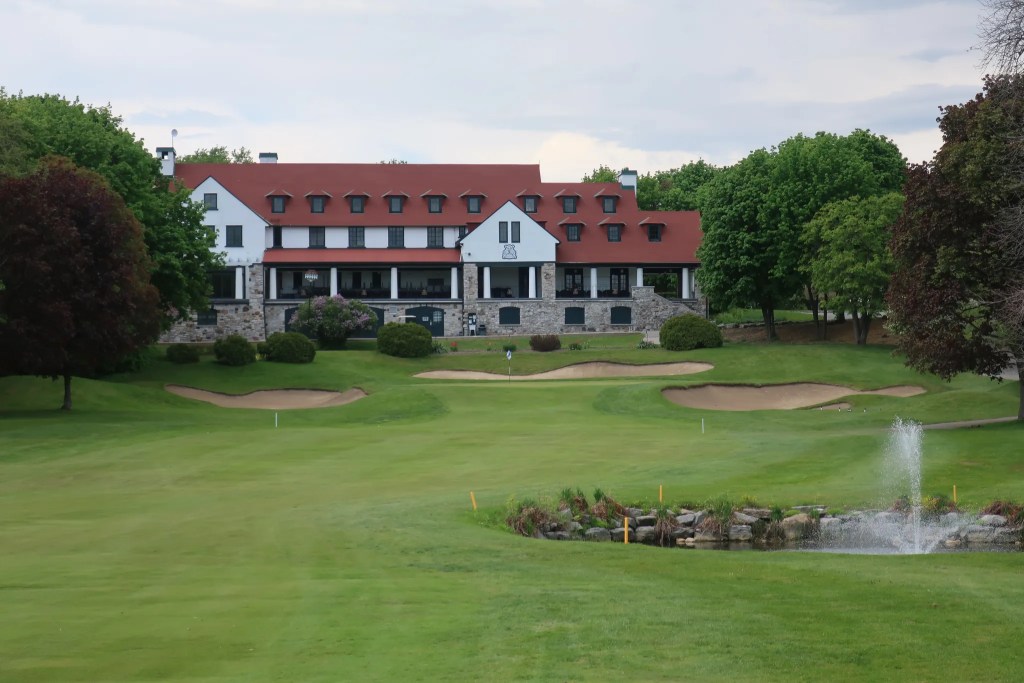 Golf has been played at Beaconsfield since 1902, but the golf course we see and play today is courtesy of Stanley Thompson post-World War Two. Thompson was brought in to renovate Willie Park Jr.’s layout, set to be segregated by Highway 20, and as a result, Thompson took most of Park Jr.’s routing and reversed it. Those wishing to see what Park’s original Beaconsfield would have looked like should spend a couple extra minutes on the putting green near the 1st, which remains the only green left.

Especially noteworthy is a clever routing here, which plays up and down a limestone quarry around the clubhouse. Certain holes fall off (1st, 12th), others play up (9th, 11th) while others sit at the bottom and use the topography as a backdrop (18th, and Thompson’s famous “Quarry” par 3, 15th). Across the highway is less inspiring, but upcoming work from Jeff Mingay & Christine Fraser is sure to restore one of Thompson’s most ambitious projects.