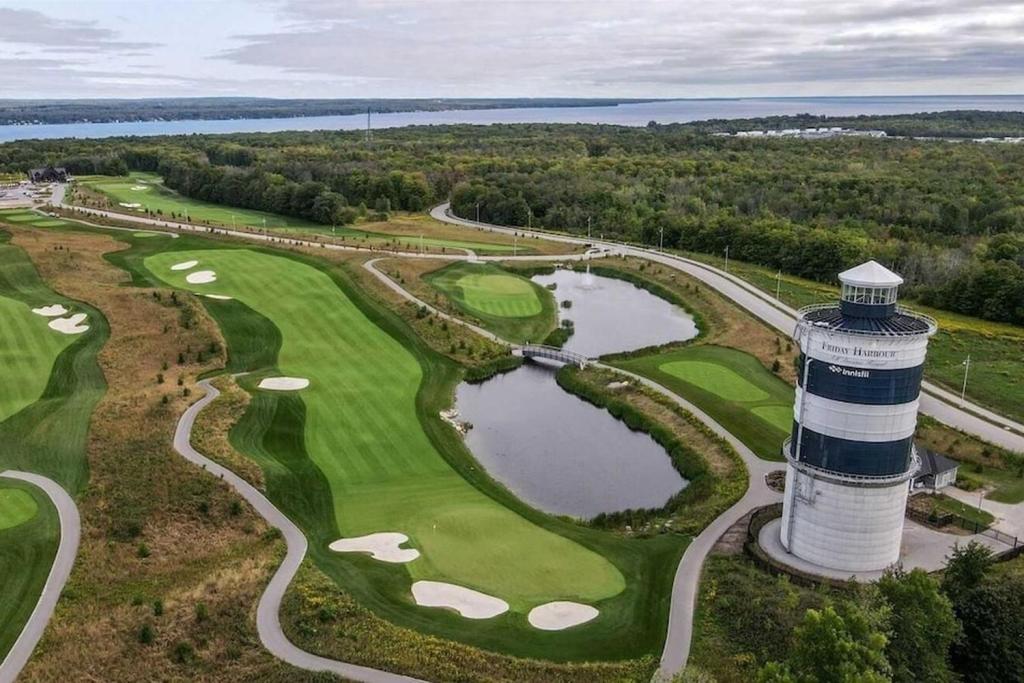 The Nest at Friday Harbour

The second-newest course on our list, and a great representation of Doug Carrick’s ability to change with the property, The Nest at Friday Harbour is mostly played in the manufactured rolling hills and then concluding in the wooded forest.

The golf course attempts to base its style off the links land across the pond, but instead ends up being closer to the TPC Network south of the border. Regardless of minor discrepancies, the rumpled terrain provides some excellent golf. The short 2nd, for example, cut above its surroundings and narrowing towards the back, is not only an exquisite par 3, but among the “first in class” short 3’s in Canada. The same could be said for the par 5, 7th, a gambling par 5 with bunkers seemingly eating into the fairway before ending at the base of the Friday Harbour lighthouse.

Perhaps the most interesting feature of Friday Harbour is the bunkering, which is directly cut into the fairways and seems to draw inspiration from the Melbourne Sandbelt.